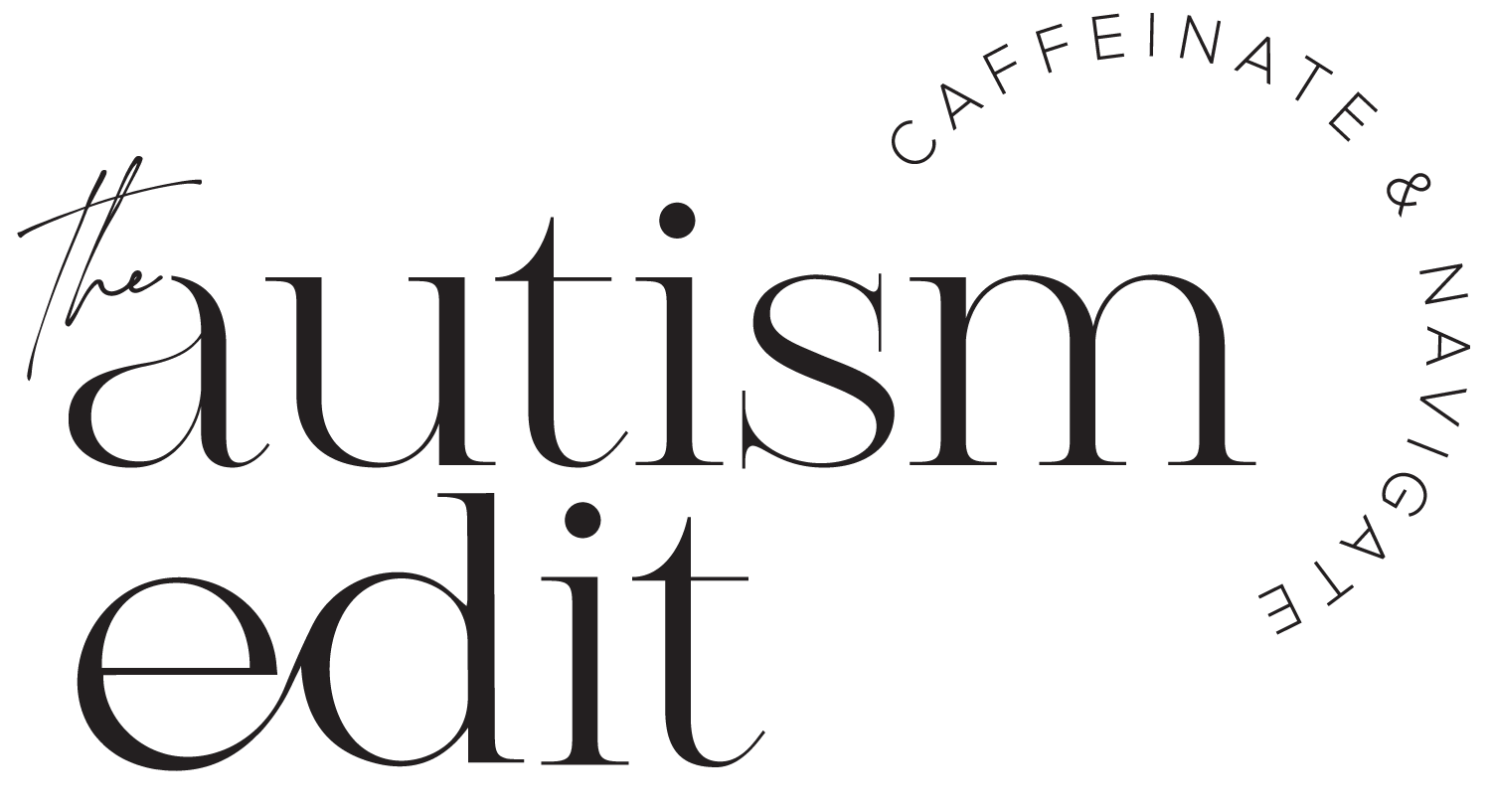 A Toddler Speech Delay Can Signal a Bigger Problem

A Toddler Speech Delay Can Signal a Bigger Problem

When my son was three I started really wondering about his speech development. He didn’t seem to be talking as much as kids his age, and he almost never tried to engage others in conversation. He could communicate his needs and wants, but he rarely did so with words or even sounds. I was terrified by this speech delay, but knew I needed to take him for an assessment. I think I was afraid because in my subconscious I knew that there was something more than just a minor issue. I finally gathered the courage to make the appointment and away we went.

When we got to our appointment everything was per usual. My son did not want to be there, he cried and refused to go into the assessment room. Just like the doctor’s office all over again. No wonder I was so hesitant to make this stupid appointment, it’s so hard to take him anywhere that he’s expected to interact with others. After a while he calmed down and through some bribery we arrived at our dreaded destination.

It was a standard bland assessment room. The pathologist’s desk took up one wall, she had some bookshelves and there was a small table that was perfectly suited for a toddler to sit and play. She even had some great toys, to which he paid little to no attention. He was impolite and did not want to sit at the table with the two of us to partake in her tests. She graciously allowed him to sit in her office chair, which was extra intriguing because you could spin it around, and on the bottom it even had wheels; his favourite.

She set him up with a small toy car garage with some Little People cars. He happily played at her desk, his back turned to us throughout the 45 minutes we were there. If she asked him anything directly, he gave her nothing in response. Not even so much as a glance in her direction. He couldn’t even be bothered to glare at her, he just blocked us both out like we were invisible.

“Is this his typical behaviour?” she asked. “Well yeah I guess so. He’s not really a people person. He’s a little anti social, doesn’t talk much. That’s why I wondered about a possible speech delay.” I replied. She asked me more questions, and at every chance I could, I came to his defence. I was so desperate to protect him from any misguided judgement on his character. I glossed over his struggles and shone light where he was already brightest.

She was pleasant. He appreciated her low expectations of him and remained calm, happy to play alone as if we weren’t even there. Quietly rolling the cars back and forth, back and forth on the little toy garage, hunched over so his eyes were perfectly level with the rolling wheels. He played without any words, making only sounds. Perfectly pitched, strikingly accurate real world sounds.

“He’s excellent at making those car sounds.” she noted.

He was. Five years later, he still is.

She finishes up her questions for me, accepting that she will have no interaction with my son because he makes it abundantly clear that he wants nothing to do with her. She thanks me for bringing him in, makes some remarks on how sweet he is. She assumes my demeanour and shrugs it off as nothing more than a speech delay.

Let’s chalk this one up to a social misfit and put a checkmark next to speech development. He’s there, just not much of a talker. No problem. Accept him and love him for who he is.

Relief washes over me. Someone who sees it exactly as I want them to. I’ve been able to paint this picture with accuracy. Not of what is there, but of what I see. She sees it too. I have done my job and can remain safely in my comfort zone of denial and desperate hope that this will all work itself out. This manipulation is working on a qualified health professional, so I can’t really be in denial because she would be able to see right through my bullshit if I were.

We get up to leave. He happily gives up the toy garage and the Little People cars. He is always up for any change in activity that signals we will be returning home. After the standard niceties between the adults, she turns to my son and says, “Goodbye.”

He looks her right in the eye and says, “Goodbye.”

She smiles warmly, “Have a nice day!” she exclaims.

Matching her pitch and tone almost as perfectly as the sound of a Little People car, “Have a nice day!” he mimicked.

She looks at me brightly and shrugs, “He’s just fine.”

We get in the car, driving home in silence. I feel one part proud that we reached this outcome, and one part disappointed. Knowing I still eclipse the real problem. She couldn’t see the red flags either of us were waving.

It wouldn’t be until years later that I would see how badly this speech pathologist failed my child. How abundantly clear the signs of autism had been that day. If you’re wondering what she missed, here are a few things:

• he threw a massive tantrum about just being there, and couldn’t be calmed or reasoned with through typical communication

• even though there was an appropriately sized table with new and age appropriate toys to play with, he refused to join us or interact with either of us

• when she asked him questions directly, he didn’t acknowledge her in any way, not even with body language or an angry face

• the accuracy of the sounds he could make during play was maybe not a major red flag, but it was certainly noteworthy or unusual

• he didn’t warm up over time or become curious about anything else in the room, he stayed intently fixated on one toy

• the way he mimicked her exact tone and words when we left is known as echolalia, which is associated with autism

I have no issue with the way this woman carried out her job.

She had faith in me to be truthful and I failed us all by not being completely honest about the intensity of the struggles I knew we were facing. I wasn’t ready to accept having a disabled child and I was wishing away the diagnosis because of my own naive fear. It’s hard to admit that, but it’s the truth.

In a way I got lucky that day. I was able to fool her because she wasn’t up to date on autism and didn’t recognize the signs pointing towards that diagnosis and instead agreed it was simply a speech delay. In fairness to her, it also could have been too early to distinguish his behaviours from someone on the spectrum as opposed to a typical anti social three year old, but I can’t help but think many of the professionals I’ve met since that time would have picked up on those signs immediately.

My takeaway from that experience is to question everything. Your intuition is powerful. If someone feels like they aren’t the right fit for your child, you’re probably right. Don’t ignore that feeling, trust your parental instincts. If you have nagging doubts about your child’s development, but you’re scared of the outcome; please try to gather the courage to get to the bottom of it. It may take some time, but you’ll be glad you did.

If you’re wondering if your child has a speech delay or is on track, here is a simple guide to follow. 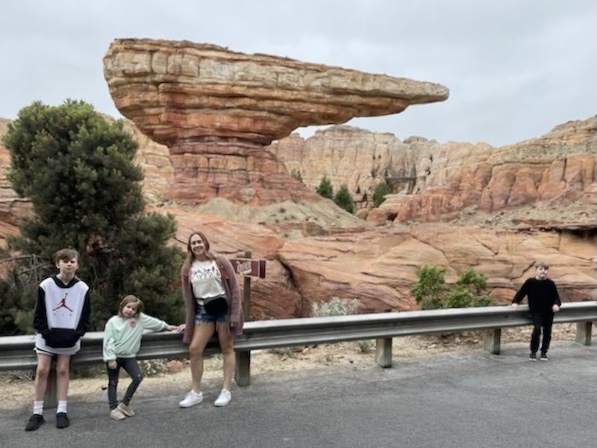 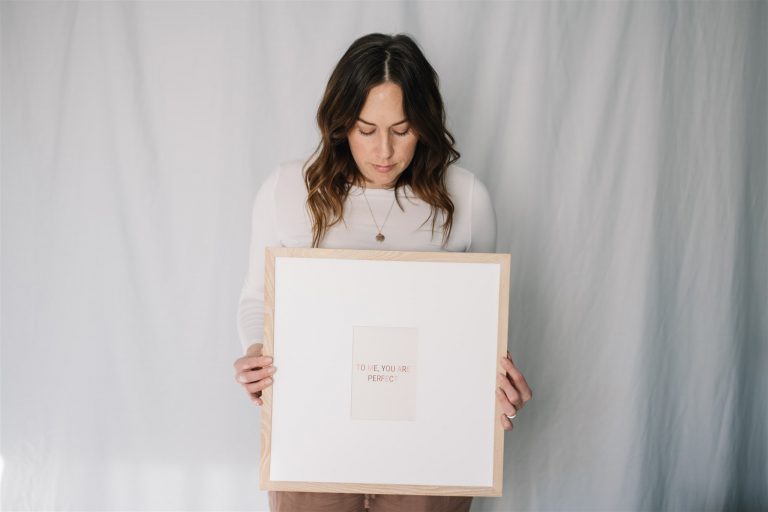 An Open Letter to My Son on Autism Awareness Day 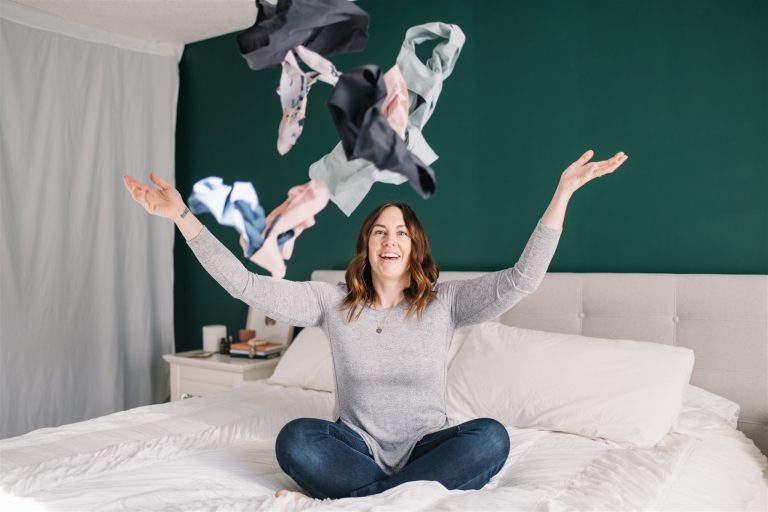 My Honest Review of Every Knix Product I’ve Tried 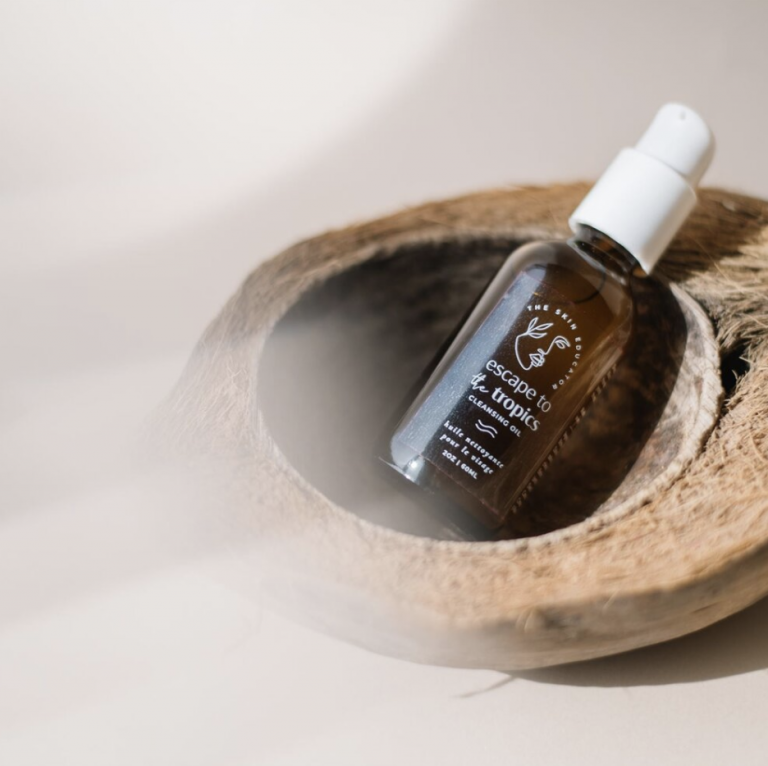 Self Care Through Skincare 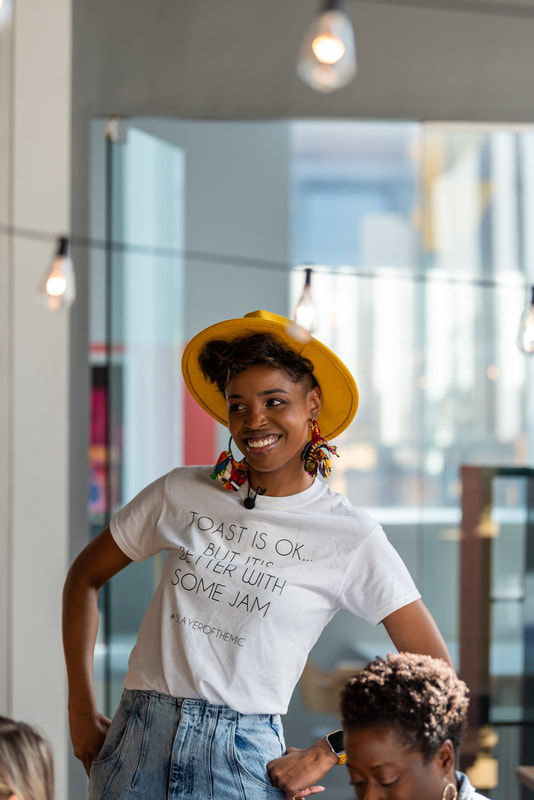 Slay The Mic — An Honest Review of Jam Gamble’s Program 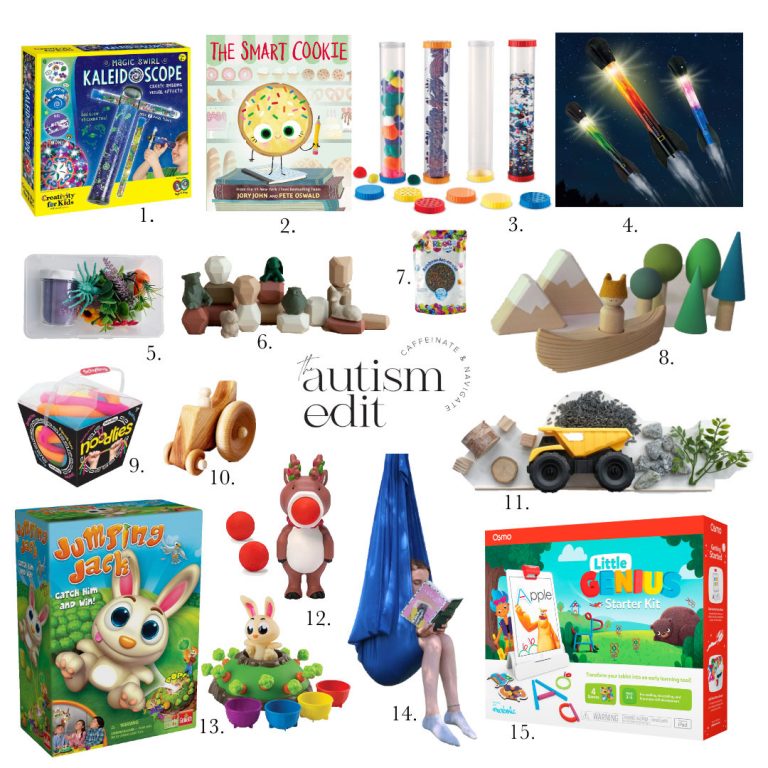 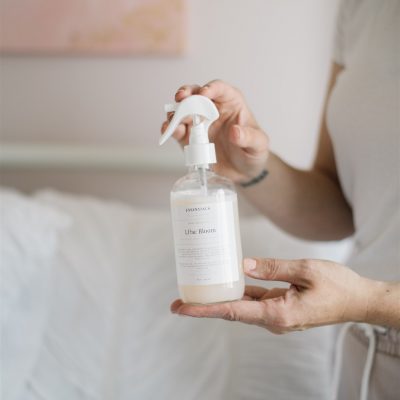 Grab a list of super simple sensory play ideas here. You likely have everything you need in your home. If you love this content and want to see more, consider buying me a coffee. I would be so grateful.
Keep Me Caffeinated 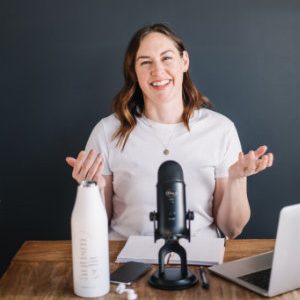 you’re busy so catch up when it works for you

You’re busy and on the go. Get all the tips, resources and insights while you’re folding the laundry or doing the dishes.

CAFFEINATE AND NAVIGATE THE GRAM

Wondering if your child may be autistic?

Autism is a complicated diagnosis that can only be given by a specialist. If you’re concerned about your child, here are some of the less obvious autism signs that you may want to investigate. 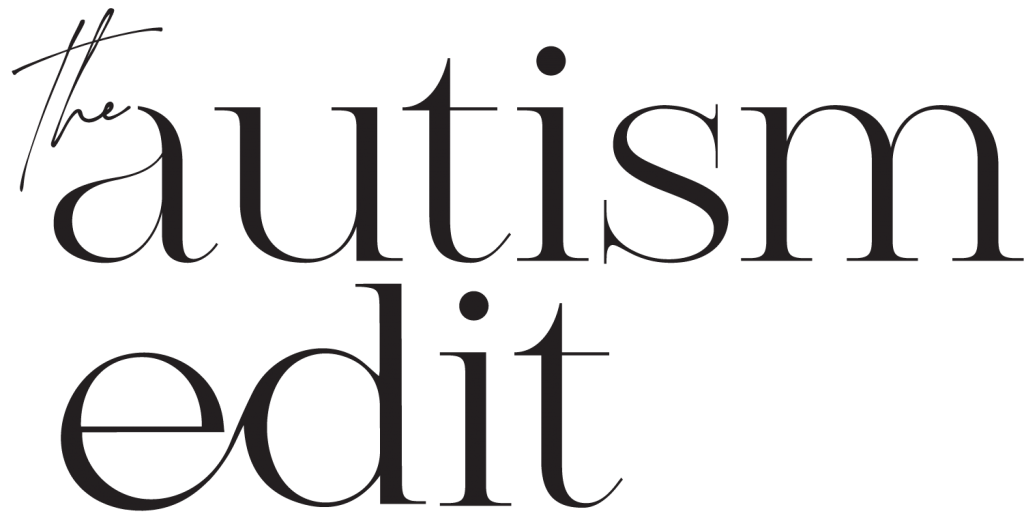 I would like to respectfully acknowledge that I work on the Treaty 6 traditional territory of the Cree, Blackfoot, Métis, Nakoda, Tsuu T’ina, and Dene peoples.

Autism is a complicated diagnosis that only a specialist can give. If you’re concerned about your child, here are some of the less obvious signs that you may want to investigate further.